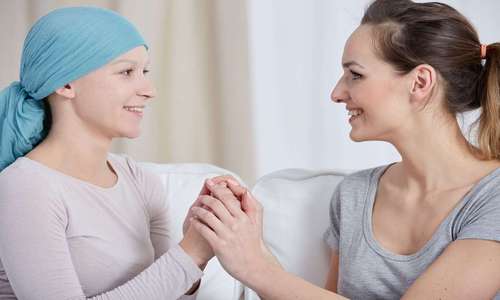 Hair loss is a major problem that the cancer patient faces, especially those who go under chemotherapy. The chance of hair loss not only from the head but also from the face, eyebrows, pubic, armpit and eyelashes may also fall off. The type of drug and the dose received are responsible for this. The drugs are very powerful as it destroys the cancer cells but at the same time, it destroys the cells in the body, i.e. in hair roots. In the beginning of the chemo, the hair loss might not be felt too much but later it might be seen in the bedsheet, comb, sink and in places that you touch or brush your hair at.

Hair loss from chemotherapy is temporary. Once the process is done then, after 6 months, there is a high chance of the fallen hair growing back. The new hair has a different color, shape and texture.

There are some ways to prevent loss of hair but they are not so effective. They are:

Cryotherapy is the therapy in which ice packs are kept on top of your head so that the drugs used do not reach the head.

Rogaine is a drug approved for the prevention of hair loss which is applied before chemotherapy.

What Is Testicular Cancer and Why It Is Important To Know About It
April 24, 2020